Thanks to the testimony of the Sisters, making permanent the memory of the Passion, Death and Resurrection of Our Lord Jesus Christ, they left in their students a characteristic seal that endures through the years. 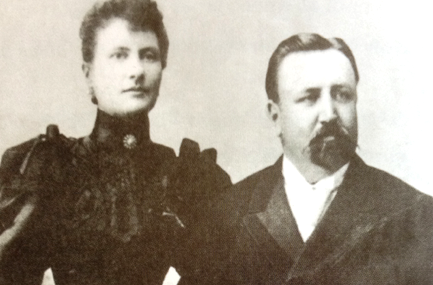 1923
The married couple Michael Ham and Ana María Lynch donates to the Sisters of the Holy Cross and Passion of Our Lord Jesus Christ their residence in Vicente López, Buenos Aires, for the creation of an educational, religious and bilingual institution. 1926
The Sisters of the Holy Cross and Passion of Our Lord Jesus Christ open the doors of the lower grades to 44 students, thus founding Michael Ham Memorial College in gratitude and in honor of Mr. Michael Ham. 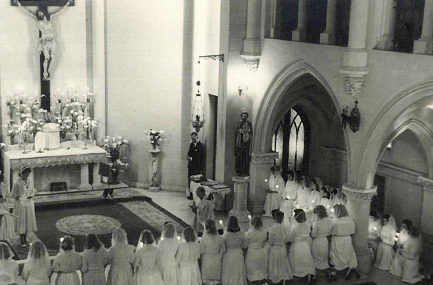 1945
Frank Tooley, the second husband of Ana Lynch, widow of Mr. Michael Ham, donates in his memory the emblematic Chapel that was called «Santa Ana».
The growing process of the school has not stopped since then, forming women who have contributed to the growth of our country from their different professions and occupations. 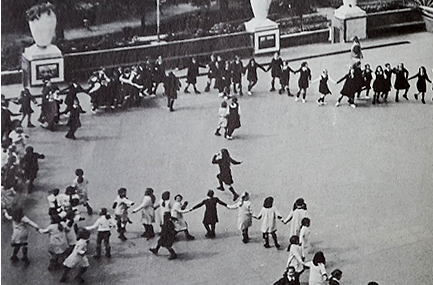 1976-1990
LThe projects of Opening to the Community and Solidarity Bridge are born, educating with eyes fixed on the other, in the encounter.
After a process of discernment, in the light of the guidelines of the Second Vatican Council, the Sisters leave the tasks of the school in the hands of the laity, accompanying them in the fundamentals: the experience and deepening of the charism. 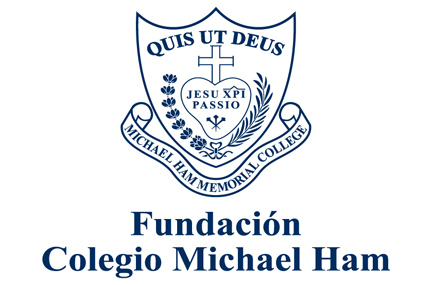 1993
At the request of the Congregation, the school is legally organized as Michael Ham College Foundation, composed of a permanent member of the congregation, parents and past pupils.
Its purpose is the government, direction and nonprofit administration of the school. 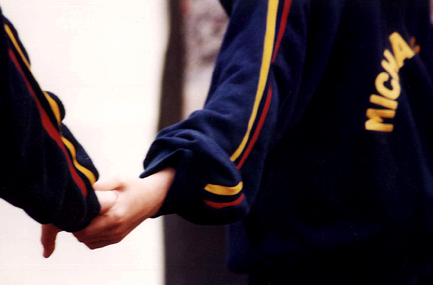 1993-1997
The projects of Opening to the Community and Solidarity Bridge are born, educating with the eyes fixed on the other, in the encounter.
As a result of the growth and the great demand of vacancies, the school at Vicente López incorporates a third division. 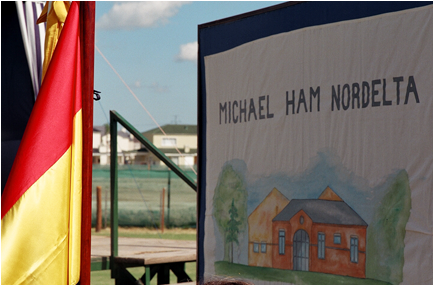 1999
After a process of reflection and discernment, the Council decides to expand the educational offer so that more families can opt for the education offered by Michael Ham, with the same commitment, with the same openness and integration imbued with a passionist spirit. 2002
Michael Ham Foundation receives a grant of 9 hectares from Nordelta S.A. for the construction of a new school assuming the commitment to have the work completed in 2013.
The sports field is inaugurated on the grounds of Nordelta. 2004
The school adheres to the concept of Justice-Peace-Integrity of Creation (JPIC) as a way of life, following the guidelines of the General Chapters of the Congregation and coinciding with many other congregations. 2006
Michael Ham Nordelta opens its doors, co-educational and with kindergarten. This marks a milestone in the growth of our community. 2008 – 2013
The growth of the school at Nordelta continues with the construction of the Main Building, the Secondary Building and a Multiple Use Space. 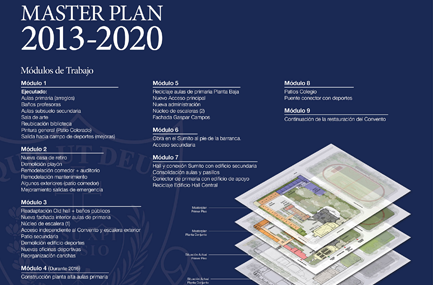 2014
The Foundation Council is defined in making a change in the management structure of the school. It is an inter-site leadership team that reports to the Foundation and it is formed by the Academic Direction, the Pastoral Direction and the Institutional Relations and Finance Direction.
The launch of the Master Plan (2014-2020) is carried out for the integral remodeling and modernization of Vicente López site. 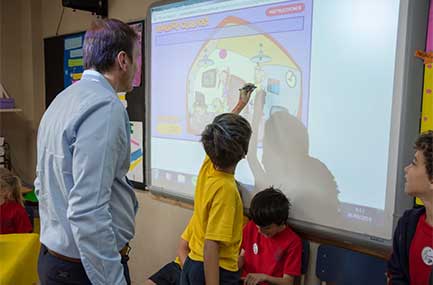 2018
Attentive to the need for an educational change and with a focus on excellence, Michael Ham promotes the Bilingual Innovative Project Resolution, BIP (Res. No 2062/18) recognized by the Ministry of the Province of Buenos Aires. At the same time we are pioneers in the submission of BIP Michael Ham before this body. The project adds innovative proposals applied to the design and methodology of the educational proposal.